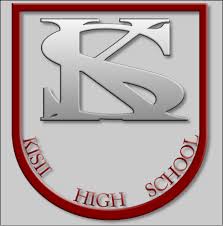 Kisii High School is a public national boy’s school, which is a nonprofit public institution established in 1934 to provide quality secondary education to young pupils. The mandate of the school is to implement the government’s educational programmes with the view of developing their potential in national leadership.

The following are the school’s major highlights:

1934 - Started Artisan courses at Primary School (Std. equivalent to STD 4-6). But when, it was unable to get pupils, the school admitted pupils in the substandard level (equivalent of standard 2 and 3) with 15 pupils.

1945 - The Secondary School section was started. At that time, this was called the Junior Secondary- equivalent to standard 7 and 8. The population was still 60 per class.

1949 - Started the senior secondary (from 3 and 4) These candidates were to be prepared for KASSE (Kenya African Secondary School Examination).

1956 - The school entered its first candidates for Cambridge School Certificate. A total of 60 students were registered.

2012- The school was elevated to National status

The school has grown in size from 3 streams at the start of 8-4-4 to the current 7 streams with a population of 1585 students.

Currently, the school has 65 TSC teachers, 13 BOM teachers and 96 non-teaching staff. The school has had 18 principals since its inception. The current principal is Mr. Caspar Maina Momanyi.

The school is very active in co-curricular activities like science and engineering fair, rugby, handball, basketball, football, hockey, badminton, table tennis, music, drama, athletics among others. In 1997, the school emerged as the national champion in soccer.